Tribal Tracks is delighted to be working with Helping Rhinos on an exciting challenge trek to summit Mount Kenya between 18 and 24 September 2022.

Click here for a full itinerary, and here to book.

The lofty peaks of Mount Kenya are spectacular, with views from far below of its gleaming snow-licked summits, glacier sculptured valleys and alpine moorland riddled with clear tarns and trout-filled streams. Elephant, giraffe and eland roam its lower slopes, while the stunning vegetation - giant lobelias that appear like spiky pokers – have made it a UNESCO Biosphere Reserve.

Our challenge is to reach Point Lenana, which, at 4985m is the second highest trekking peak in Africa. Some would say it is a more beautiful mountain than Kilimanjaro and it is away from the busy and well-trodden tourist paths.  The Timau route on Mount Kenya wanders through pristine forest and alpine heathland giving an opportunity to experience the unique flora and fauna away from the busy tourist routes.

A stunning route, weaving upwards through forest and alpine heathlands;

Staying in a tented camp inside the Ol Pejeta Conservancy, the largest black rhino sanctuary in east Africa, and home to three of the world’s last remaining northern white rhino;

Safari game drives in Ol Pejeta and a rare opportunity to see behind the scenes;

A final night celebration to salute the group’s impressive achievement; 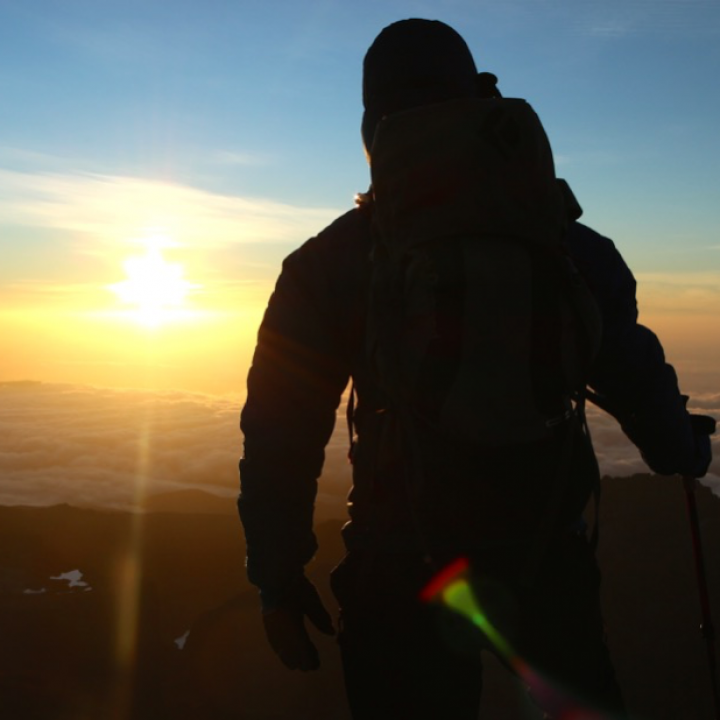 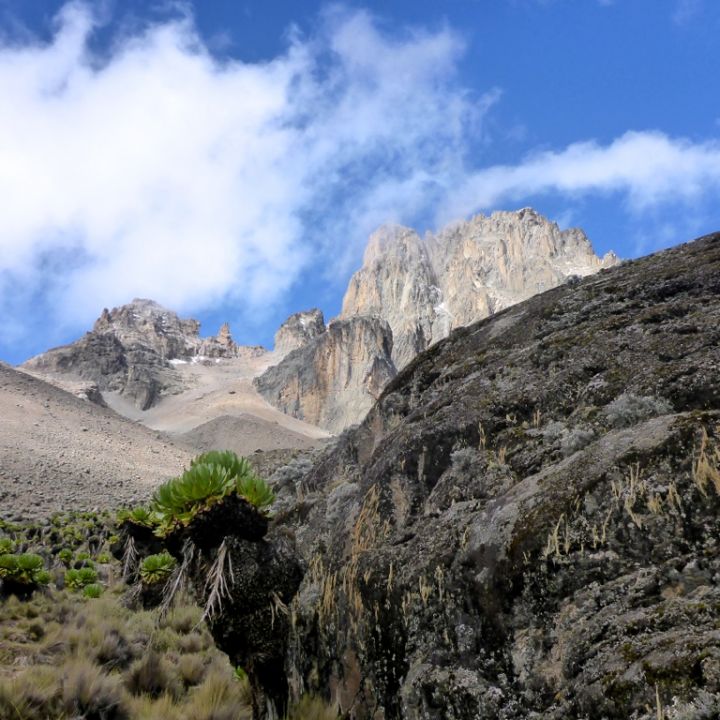